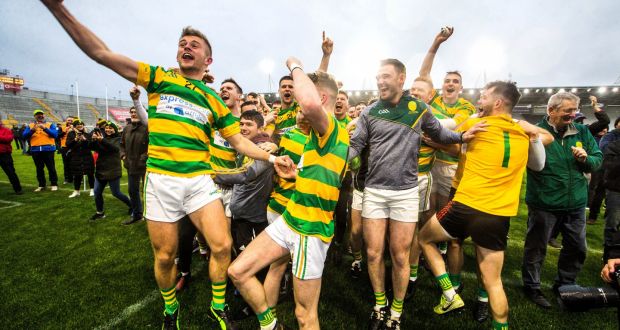 With inter-county games resuming this weekend and cases rising, people have called for the GAA to postpone games. My own county has to travel to one of the Covid hotspots. They did look for a change of venue but that was denied.

The GAA will say the reason games can’t be postponed this weekend is because, for most counties, the championship starts in two weeks’ time. I still keep saying that inter-county should’ve been scrapped or just finish the league, in order to sort out standings for next year’s league and championship.

I have always said that the club should’ve been the priority this year (I didn’t envisage those wild celebrations after county finals). I loved getting out and going to games (when I could). Live streaming of games was brilliant. For so long it was all about the club and I have to say the standard was brilliant. When I wasn’t working I was watching games on the tv or through streaming.

There was so much positivity during the club championship but the actions of a minority have brought the GAA into the spotlight in recent weeks, for all the wrong reasons. I have seen some bizarre comments about the GAA over the last number of days but blaming the organisation for the current numbers is ludicrous. No sportstar has caught the virus on the field of play. The experts suggest house gatherings, parties etc., are where a lot of cases are caught and spread. Meat factories can be mentioned too; it’s all around us.

There was no GAA or any other sports, for that matter, played when we went into lockdown in March and numbers were high.

We are in a precarious situation here with Covid19 and celebrations after games certainly didn’t help the situation but they weren’t the sole blame for a rise in numbers. The International break in soccer was disrupted for a lot of countries because of players getting the virus; clubs have to do without players this weekend due to illness or close contacts.

Whether you believe Covid19 is real or you are a conspiracy theorist please have respect for others. It’s all about personal responsibility; wear a mask, wash your hands, social distance etc. Stay safe. Oh and please don’t overload my social media accounts with freshly made banana bread.

Signing up for Gaelic4mothers & others… This should be fun….

A view from the sidelines – You can’t but love the...