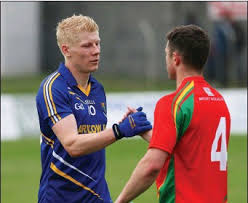 Wicklow have wrapped up their 2019 Allianz Football League Division 4 campaign with a solid two-point win over London in a low scoring affair.

Both teams were very slow to get going in the opening fifteen minutes with the first score going in favour of the visitors, it took until the twenty fifth minutes for Wicklow to register their first score coming from Mark Kenny, Mark Jackson point a free moment later and the gap was down to one 0-2 to 0-3 in London’s favour. By the half time whistle Wicklow over turned the one pony deficit to lead at interval 0-4 to 0-3.

There was very little to separate the teams in the second half but in the end Wicklow did just about enough to hold on for a two-point win.