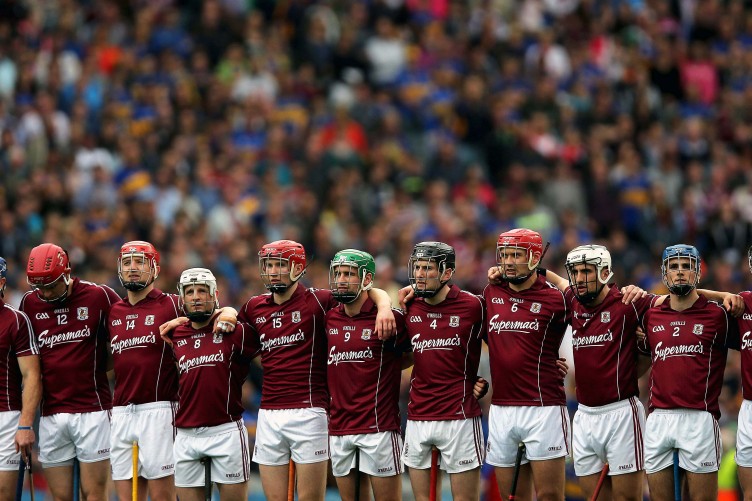 Last Sunday was a good one for the Galway senior hurling team. Going down to the Gaelic Grounds for the second time in a month, they may have expected a backlash from a Limerick side determined not to be overturned once more in front of their own fans. As it happens, the Connacht side not only managed to secure the win, but did so by a comfortable 10 point margin, to reach the National League final for the first time in 7 years. It was an encouraging victory for the team and marks them out as contenders for this year’s All-Ireland. Then again, we’ve heard that one before haven’t we?

Whenever people talk about droughts and curses in GAA circles, the word “Mayo” is never far away from the conversation. True enough, they have plenty of form in that area. 8 All-Ireland losses by a county in 27 years is a pretty exceptional “achievement”. They are the GAA’s Jimmy White, the gold standard of lovable losers, by which all others are ranked against. What gets lost in the desperation of the Mayo story is that in terms of failure, with 6 All-Ireland defeats in 25 years, their western neighbours run them pretty close.

By this September it will be 29 years since Galway last won a senior hurling All-Ireland. Can you believe that? Unless you’re over 35, you certainly can’t recall it. 29 years ago, Liverpool were the best team in English football, there was no such thing as mobile phones or the internet, and people had barely heard of CD players, never mind an MP3. And it was also the last time a Galwayman lifted the Liam McCarthy cup in Croke Park.

For such a strong and heavily populated hurling county that is a shocking statistic. The peculiar thing about the Galway problem though is that it can’t be put down to a lack of talent. Whereas Cork’s infertile last decade can at least be partly blamed on underage structures which have failed miserably, with the Tribesmen that is simply not the case. In the time since they’ve won their last senior All-Ireland they’ve recorded 9 minor All-Irelands and 6 under 21’s. The production line for Galway has certainly not malfunctioned. But the mental side of it has.

Now when I say the side is lacking mental strength, it seems to me to be a collective problem. Because the side has definitely not being lacking for hurlers. The first time I saw Joe Canning in the flesh as an inter-county hurler was in the All-Ireland qualifiers of 2008 when Galway faced Cork in Thurles. It was one of the best individual performances I’ve ever seen. The guy was barely out of his teens and yet he single-handedly took on one of the best teams in the country and almost beat them. It was just the failure of his colleagues to even approach his level on the day that was his county’s undoing.

But Canning is not blameless either. Certainly he is one of the most talented hurlers in the country, but whereas him winning an All-Ireland seemed certain earlier on in his career, now it’s become just a mere possibility. And maybe part of that is down to the mental failings that are symptomatic of the team. In the 2012 final, he nailed a decisive equalizing free in the last minute. Then again, he had missed an easier opportunity only minutes beforehand. In 2015 he was rendered mostly absent in the second half of the final as Kilkenny took control of the game. Sure, you could argue he was starved of service during that period. But whereas the true greats, like Shefflin in the 2012 drawn game, take control of the game by demanding involvement, with Canning, it seems he sometimes allows himself to get bypassed. Now of course Canning is by no means fully responsible. He is an important player for the Tribesmen, and it’s hard to imagine the team winning an All-Ireland without him. And it’s not as if the side haven’t had their share of hard luck stories over the years. With their defensive leader Ollie Canning off the field in the last 5 minutes of the 2010 All-Ireland quarter final, they were barely beaten by a Tipperary team that went on to win the title. Also, last year they may well have beaten Tipp, if Joe Canning had remained on the field for the second half. Even if they had managed that though, would you have backed them to have beaten Kilkenny in last year’s All-Ireland final? Or would they have crumbled just like they did in the Leinster final and in 2015?

The most glaring sign of the Galway mental fragility has come in their continued failure at the final hurdle. Of those six All-Ireland finals, 7 if you include the 2012 replay, only maybe that replay and the Cork final defeat of 2005 were they beaten by an obviously better team. All of the other games, were winnable. In 1990 they were well ahead at half time due to Joe Cooney’s brilliance, but conceded 4 goals in the second half. In 1993 they were leading coming into the final ten minutes, before Kilkenny pipped them at the post.

The 2001 final was a game between two reasonably matched teams where Galway didn’t have the strength of character to see it out in the last ten minutes. And in the first game of 2012, they dominated the first half before wilting in the second. It was only a contentious last minute free that got them the replay.

By this stage it’s like that 1 All-Ireland victory has become an albatross around the neck of the Galway players that they just can’t shake off. Perhaps if they win 1, with the talent they have, they will easily add to it. But winning that 1 is key.

During Brian Cody’s reign as Kilkenny manager you always got the feeling that they could overcome adversity. Come down the home stretch neck and neck with Kilkenny, and there was no way they were going to let you beat them. With Galway though, it’s the opposite. When you come up against Galway in a tight game in Croke Park, there’s almost the inevitability that they will break. Sooner or later this sequence will have to be broken. But the question is when?

Of all the galling final defeats, perhaps the most recent, 2015, was the worst. At half time in that game, against a reasonably ordinary Kilkenny side, Galway were 3 points ahead and should probably have been more. Everything look set for them to break their All-Ireland duck. And yet, when the second half began, they simply did not turn up. TJ Reid came out to half forward to dictate the game, the Kilkenny half backs turned the screw and the Westerners just did not respond.

The knives were out in the county after the defeat. It certainly didn’t do then boss Anthony Cunningham any favours, as despite being the only man in the last 25 years to take the team to 2 All-Ireland finals he was chopped by the players soon afterwards. Was Cunningham’s half time speech that insipid compared to Jackie Tyrrell’s in the other dressing room? Or did the players, as was their wont with every other manager before and since, just choke again?

Cunningham’s replacement, Michael Donoghue, hasn’t fared too badly with what he has inherited. But even this year, despite reaching a league final there are still asterisks to be drawn over Galway’s campaign. Sure, they may beat Tipperary in a couple of weeks, but in their most important group game, the virtual promotion decider against Wexford in Pearse Stadium, they lost. Not only did they lose it, but they managed to blow a 6 point lead in the last 20 minutes while doing so. It was proof, if it were needed, that the Galway virus has still not been banished. At the very least though, the form of the side in the last 2 league games will give their fans some hope. The fact that we are heading into one of the most open championships of this century is also an added incentive. The prospect of the re-introduction of 2015’s breakout star, Johnny Glynn, to the panel over the next few weeks will be another boost.

On saying that, it takes a lot to convince a team has turned over a new leaf and hammering Limerick in a league semi-final, however worthy, does not cut it. Beating Tipp in a league final next week may be a step in the right direction. Ultimately though, for this Galway team, only doing it in September will suffice.