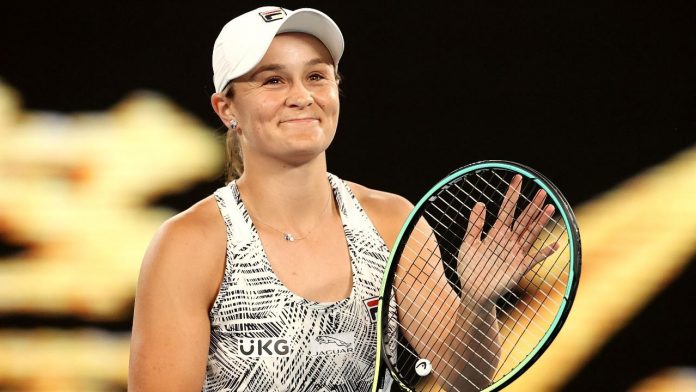 Ashleigh Barty has shocked the sporting world by announcing her retirement from professional tennis at just 25 years old. The World number one made the announcement on social media.
Barty won three Grand Slam singles events, including this year’s Australian Open in January. In doing so she became the first home player to win the Australian Open men’s or women’s singles title in 44 years.
Announcing her retirement Barty said: “I’m so happy and I’m so ready. I just know at the moment in my heart, for me as a person, this is right,” she said.
“I know that people may not understand it. I’m OK with that. Because I know that Ash Barty the person has so many dreams she wants to chase after that don’t necessarily involve travelling the world, being away from my family, from my home, which is where I’ve always wanted to be.”
Barty has been world number one since winning her first Grand Slam at the French Open in 2019. She said: “I am so thankful for everything this sport has given me and leave feeling proud and fulfilled,” added Barty, who also won a Grand Slam doubles title alongside American CoCo Vandeweghe at the 2018 US Open.
“I know how much work it takes to bring the best out of yourself. I’ve said it to my team multiple times, ‘I just don’t have that in me any more.’ Physically, I have nothing more to give. I’ve given absolutely everything I have to this beautiful sport of tennis, and I’m really happy with that.
“For me, that is my success. Thank you to everyone who has supported me along the way. I’ll always be grateful for the lifelong memories we created together.”

Dolan honest and open about life as a county player

O’Dwyer having to play two games in the one day “a...